3 Deadly Mistakes You’re Making By Being Cheap With Technology 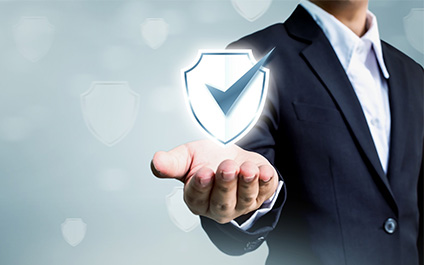 Today’s small and midsize businesses (SMBs) have an uneasy relationship with technology – even if they don’t realize it yet. As the marketplace reaches new heights of complexity and speed, and consumers migrate to cyberspace en masse to make their buying decisions, SMBs are responding in turn. Today’s savvy business owners utilize ever-evolving technologies to capture their customers’ interest and imagination, make conversions and manage their day-to-day operations with unprecedented ease and clarity. Certainly, the Internet age is a thrilling time to be in business. Each business is equipped with wildly powerful tech that has transformed the landscape of commerce forever.

But there’s an uncomfortable truth that goes hand in hand with this increased dependence on technology. At its best, IT allows us to do incredible things we never would have imagined were possible even 10 years ago. At its worst, IT is an unreliable, finicky and potentially hazardous scaffolding upon which we built our loftiest hopes and dreams. Even the best IT requires wrangling to shape it to our needs and keep it on track and safe from intruders.

Despite this reliance on technology, the vast majority of business owners consider it an extra expense rather than a foundational element of their company. As a result, they skimp on technology spending. But being cheap comes with a cost – one much bigger and more dangerous than you probably realize. Here are three mistakes you’re making by underspending on this key part of your business.

1. You’re spending on technology based on an unrealistic, poorly planned budget rather than building your technology budget around your actual needs.

When you’re an SMB with limited resources, it’s easy to see any money saved on software and hardware as a success, leading businesses to opt for cheap, clunky and outdated solutions. But in a world where the lion’s share of your day-to-day operations is dictated by the digital equipment you and your team use, where small businesses exist under constant threat of cyber-attack and data is a precious commodity that could disappear at the speed of a failed backup, cutting corners is unwise. Updating your digital approach and tightening your cyber security may not result in obvious, immediate returns on your investment. But adequate technology spending is just that – an investment. When you invest in the latest technology, you’re investing in the long-term productivity and security of your business.

2. You’re opening yourself up to disaster.

It’s one thing to have an employee’s computer unexpectedly fail or for an Internet connection to have a momentary hiccup. But if you’re skimping on technology, you’re leaving your business vulnerable to catastrophes that could cost you thousands. One of the most prominent and overlooked of these threats is cybercrime. According to the 2016 State of Cyber Security in Small and Medium-Sized Businesses report, half of all U.S. small businesses fell victim to a cyber-attack in 2015 – a number that has only continued to climb. The majority of these attacks are ransomware, in which entire systems are locked out of vital data and forced to shell out enormous sums to recover it. Even if you assume you’re secure (and you probably aren’t), there are other risks to contend with. Server failures, backup loss and system downtime can shutter businesses just as easily as a vicious hacker.

3. You’re letting the competition get ahead.

Outsmarting your competitors takes more than just mimicking whatever latest strategy the thought leaders of your industry are championing at the moment. It requires anticipating future trends and acting on them. And in business, there’s one universal truth you can count on: The future of your industry lies in technology. Cloud services, new and constantly updating software, CRMs and a staggering array of productivity-enhancing tools are just a few of the advances your competitors are considering (if they haven’t snatched them up already). If you neglect the future, your company is destined to become a thing of the past.

Important! We hate spam as much (or more!) than you and promise to NEVER rent, share, or abuse your e-mail address and contact information in any way.

Ready to learn more about how PCPlus can move your business forward?